On 17 and 19 December 2019 Pondera celebrated the inauguration of the World’s largest wind turbine: the GE Haliade-X 12 MW. “As developer and co-owner together with Sif – in the Futurewind project – we are proud to have contributed to this important new step in wind turbine technology” said Hans Rijntalder, Director of Pondera. He continues “And we would like to congratulate GE with this outstanding achievement. No need to tell that this step is important for the market development in Offshore Wind.”

During the official opening ceremony on 17 December, it was announced that Dutch energy company Eneco is set to purchase all the electricity generated by GE’s Haliade-X 12MW offshore wind turbine prototype. On 19 December we invited clients and relations to see and to hear more about this breakthrough technology.

According to GE, the Haliade-X 12MW prototype set a new world record by being the first wind turbine ever to generate 262MWh of clean energy in 24 hours, enough to power 30,000 households in the region.

Over the next five years, the Haliade-X prototype will undergo a series of tests to validate its power curve, loads, grid performance and reliability. The tests will also allow GE to validate operational procedures for installation and services teams and obtain a Type Certificate for the Haliade-X in 2020. Commercialization is planned by 2021, with serial production set to start in the second half of 2021. 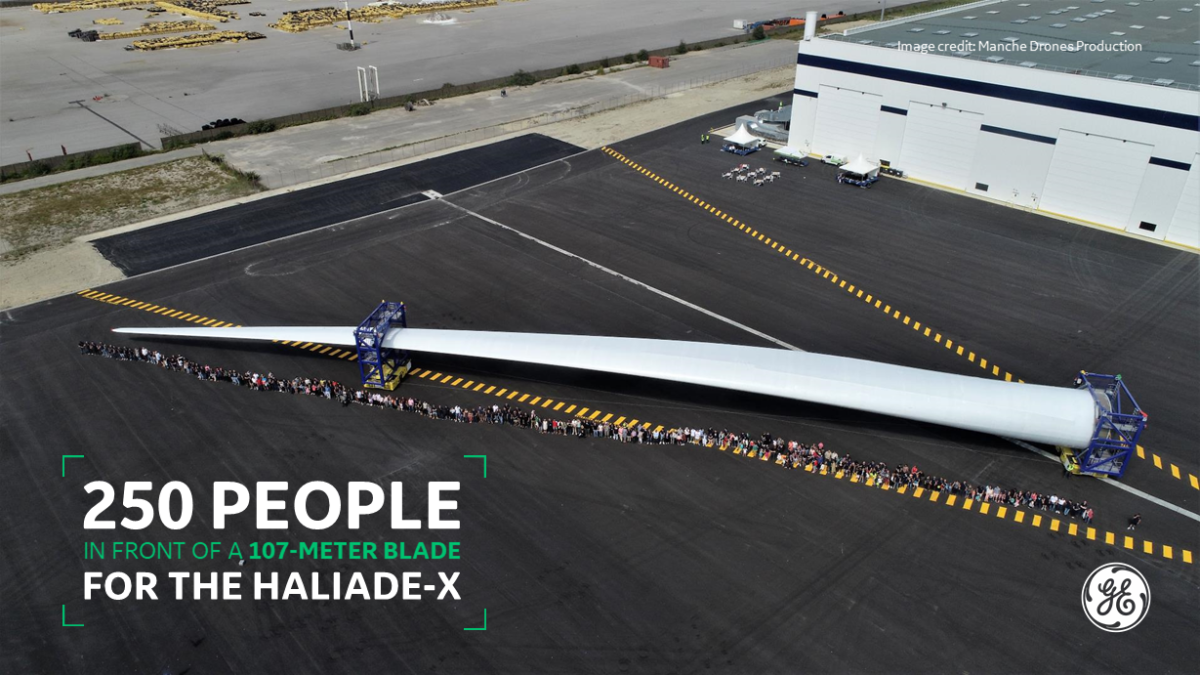 250 people line up in front of the 107 meter blade for the Haliade-X wind turbine. This blade is manufactured by LM Wind Power in Cherbourg, France. The Haliade-X 12 MW prototype is the largest wind turbine in the world, which will be built by Pondera Development and GE.

Haliade-X 12 MW is a multi-million investment that will help reduce offshore wind’s cost of energy in order to make it a more competitive source of clean and renewable energy. 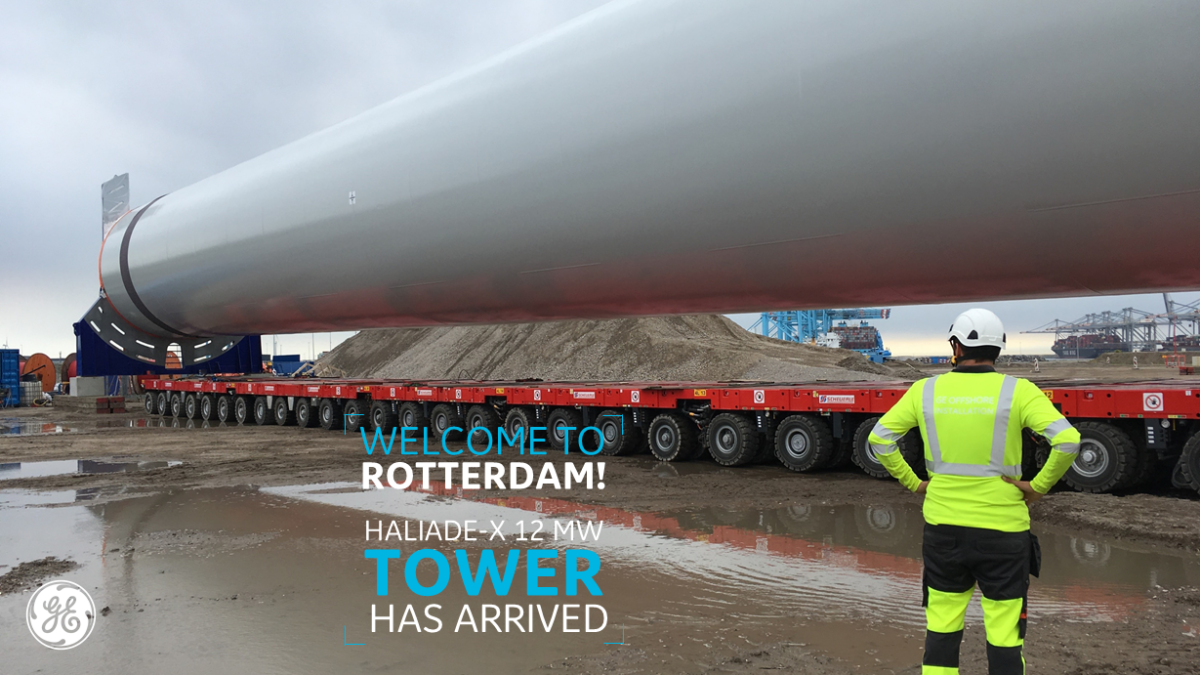 The four tower sections that will be part of Haliade-X 12 MW prototype to be installed this summer have just arrived at the Port of Rotterdam, where Pondera Development and GE are building the largest wind turbine in the world.

After unloading the tower segments, a series of pre-assembly works will take place, including the installation of some tower segments. Haliade-X 12 MW nacelle and blade components, currently being manufactured in Saint-Nazaire and Cherbourg (France) respectively, will arrive later in the summer to complete the prototype installation. This demo unit will be installed onshore to provide easier access for testing. During the initial period of operations, it will allow GE Renewable Energy to collect data needed to obtain a Type Certificate, a key step to go into serial production in 2021. Haliade-X 12 MW is a multi-million investment that will help that will help reduce offshore wind’s  cost of energy in order to make it a more competitive source of clean and renewable energy.