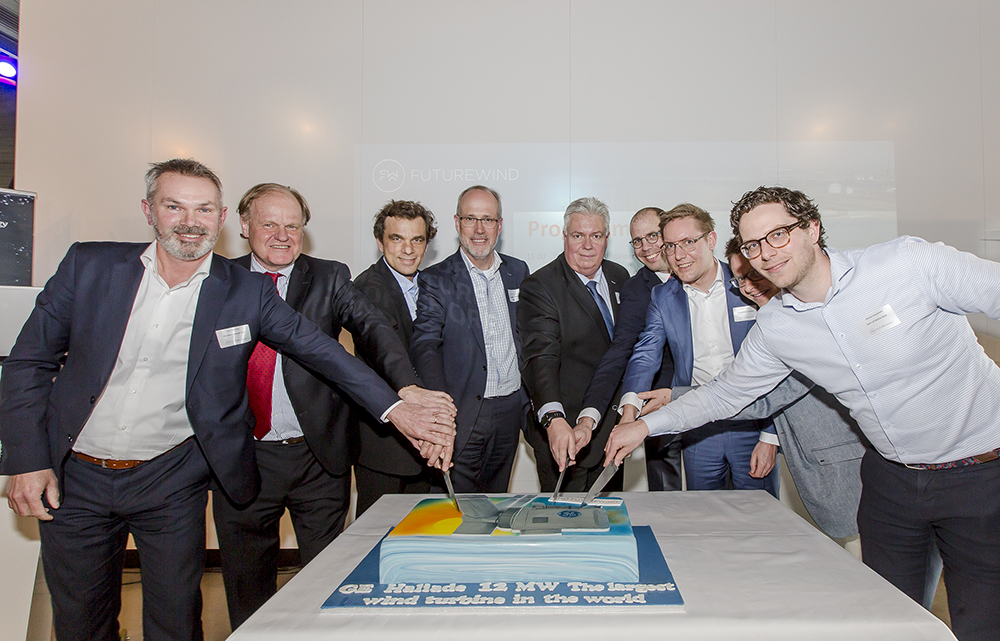 Future Wind (the Joint Venture between Pondera Development and SIF Holding Netherlands) organized a symbolic ground-breaking event that took place in Maasvlakte, Rotterdam, to celebrate the start of preparatory activities to host GE’s Haliade-X 12 MW prototype in Maasvlakte, Rotterdam. The first activities on the ground started early this year with the construction of the Haliade-X 12MW foundation, that will contain 50 piles that will be covered by a 28-meter long foundation plate. Activities to prepare foundation will continue until the arrival of Haliade-X 12 MW nacelle, blades and tower prototype parts later in the summer. 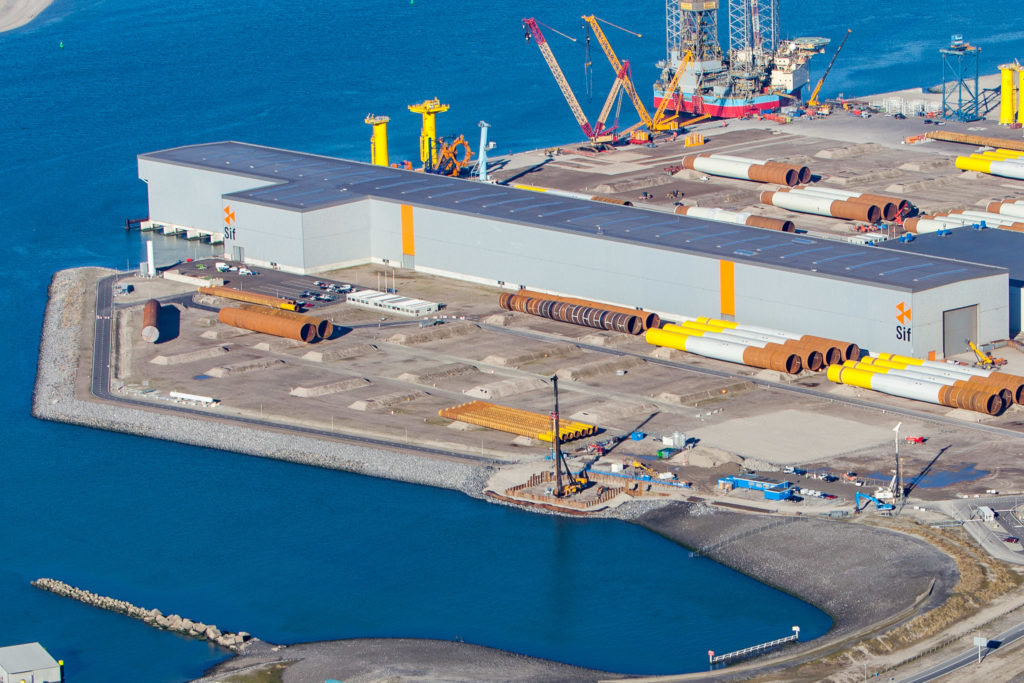 Alderman Arno Bonte joined the ceremony and stressed the importance of this project for the Municipality and the Port of Rotterdam. ”This special offshore wind turbine symbolises the transition from a fossil based economy towards an economy based on renewables. Wind energy at sea will be one of the main power sources in the Netherlands for the coming decades and the Rotterdam city and harbour is ready to play an important role in this transition.”

Hans Rijntalder and Diederik de Bruin, managers Future Wind “We are very pleased to accommodate the Haliade X-12MW, it marks a new step in offshore wind and supports the purpose of Sif and Pondera to encourage the improvement of the wind energy sector”.

Vincent Schellings, CTO and General Manager Product Management for GE’s Renewable Energy Offshore Wind business and leader of the Haliade-X 12 MW project said, “We are very excited about our prototype in Rotterdam, and we are on schedule to install the biggest and more powerful wind turbine in the world, that will contribute to make offshore wind energy more competitive.”

This Haliade-X 12 MW prototype will be installed onshore to facilitate access for testing. During the initial period of operations, it will allow GE Renewable Energy to collect data needed to obtain the Type Certificate in 2020 and ship the first commercial units in 2021.

GE’s Haliade-X 12 MW is currently being assembled at GE’s factory in Saint-Nazaire, France, while its three LM Wind Power-designed 107-metre blades are being manufactured in Cherbourg, France, and tower sections produced in Seville, Spain. All components will be shipped to Rotterdam, where pre-assembly work and installation will take place.

This prototype in Rotterdam is part of the $400 (€320) million investment in the Haliade-X development announced by GE Renewable Energy in March 2018 to help reduce offshore wind’s cost of energy in order to make it a more competitive source of clean, renewable energy.

Early this year GE Renewable Energy and Future Wind announced that they signed an agreement to install the first Haliade-X 12 MW wind turbine prototype in Maasvlakte-Rotterdam (NL) during summer 2019. The deal includes five years of testing and a 15-year full-service Operation and Maintenance agreement.

Going for
the Future
in Offshore
Wind
A new type offshore wind turbine from GE with a height of 245 meters is built in the port of Rotterdam. This offshore turbine will be installed on the Sif site on the Maasvlakte next to Future land.