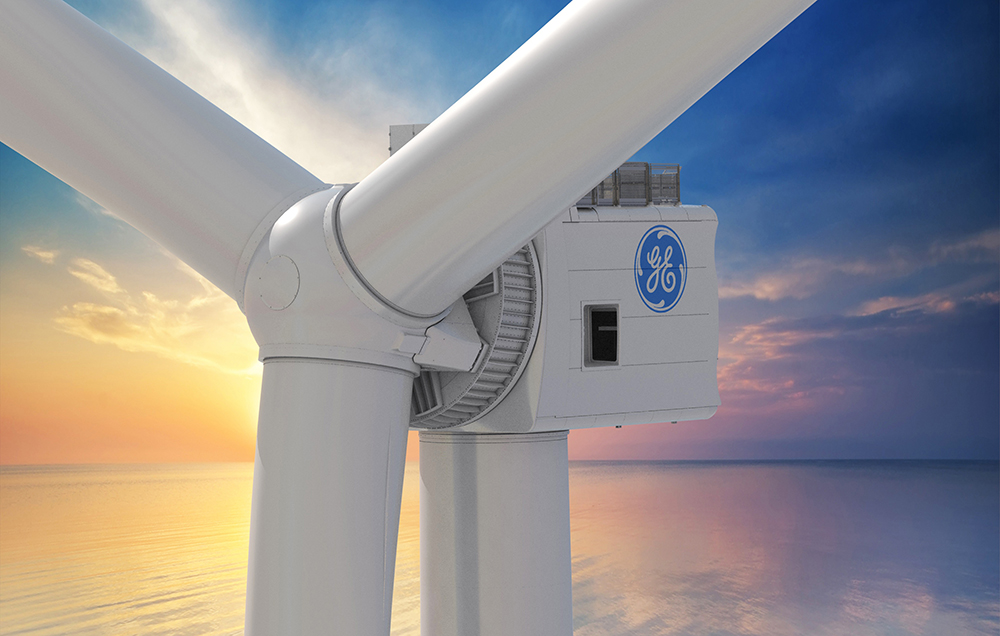 The Haliade-X 12 MW also features a 63% capacity factor*—five to seven points above industry standard. Each incremental point in capacity factor represents around $7 million in revenue for our customers over the life of a windfarm.

The offshore wind turbine design of the Haliade-X is what makes it unique.

The combination of a bigger rotor, longer blades and higher capacity factor makes Haliade-X less sensitive to wind speed variations, increasing predictability and the ability to generate more power at low wind speeds. The Haliade-X can capture more Annual Energy Production (AEP) than any other offshore wind turbine even at low wind conditions.

This 12 MW ocean wind turbine can also generate 67 GWh annually, which is 45% more AEP than the most powerful machines on the market today, and twice as much as the Haliade 150-6MW. One Haliade-X 12 MW can generate enough clean power to supply 16,000 European households according to wind conditions on a typical German North Sea site.

A 750 MW Haliade-X 12 MW windfarm based on an estimated AEP,  could produce enough power for up to 1 million households. 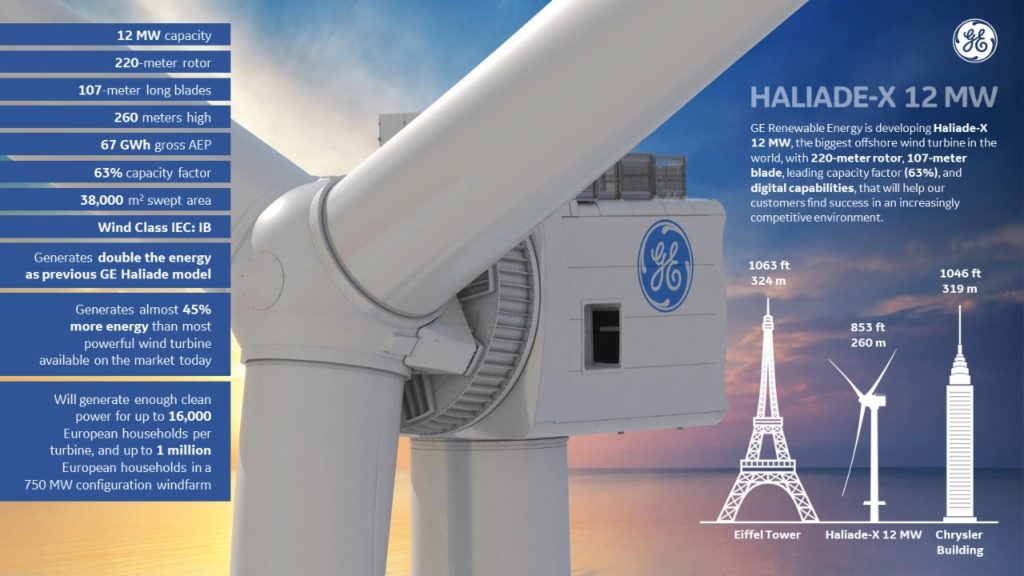 Going for
the Future
in Offshore
Wind
A new type offshore wind turbine from GE with a height of 245 meters is built in the port of Rotterdam. This offshore turbine will be installed on the Sif site on the Maasvlakte next to Future land.
slide2
slide3
slide4
slide5
slide6
slide7
slide8